Traditionally made from the skins of stillborn calves, vellum has more recently become a generic term for the thinned skins of calves, goats and sheep. The skin of goats and sheep is really known as parchment. For centuries, because of it’s strength and beauty, it has been used in bookbinding and for important written scrolls:  Westminster’s Acts of Parliament and the five pages of The American Constitution are written on parchment. The production of vellum is an arduous and skilled process, with fewer people involved in it’s production than ever. Because of it’s terrific tensile strength, surfaces are traditionally wrapped in it, to avoid trouble should it ever shrink.

We use both bleached (very pale and creamy) and unbleached (lots of tonal variations) skins, as requested, and sometimes coloured ones. 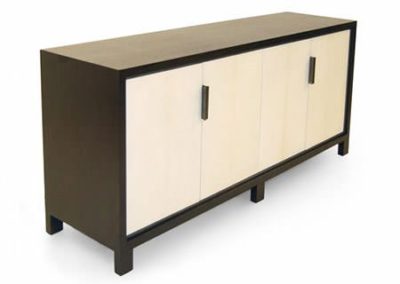 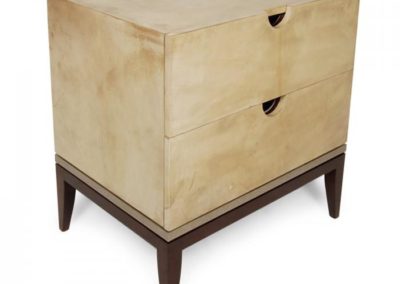 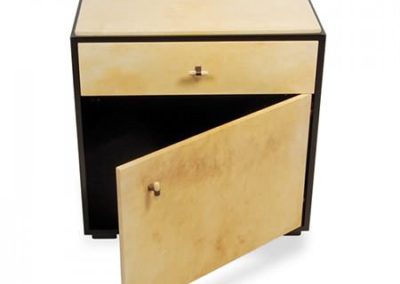 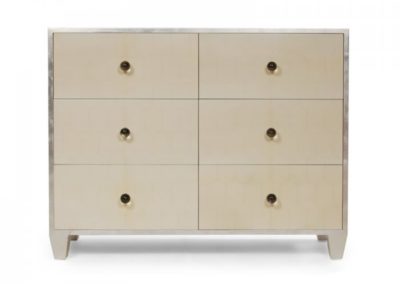 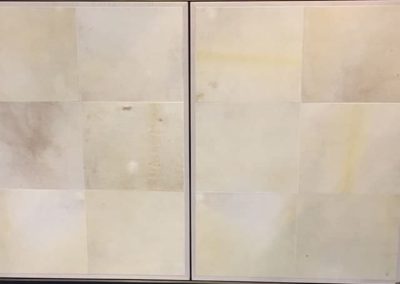 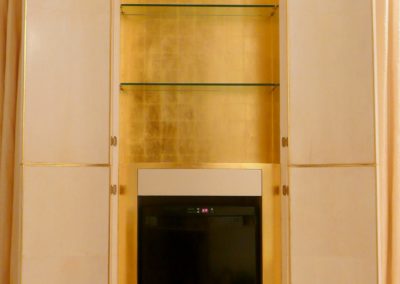 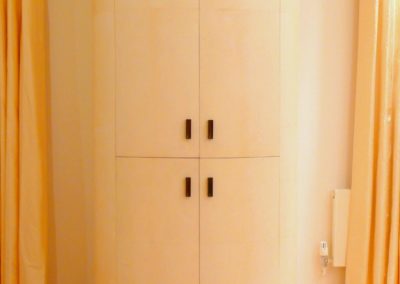 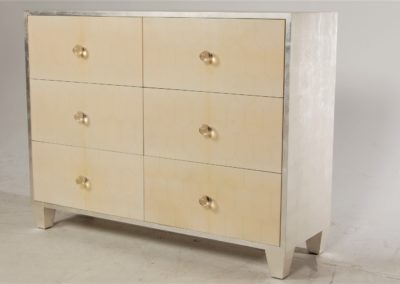 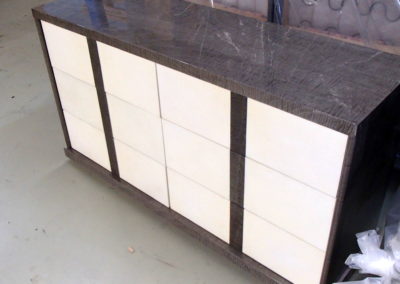 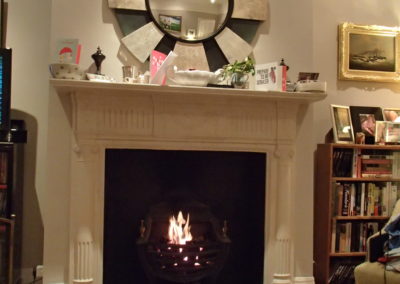 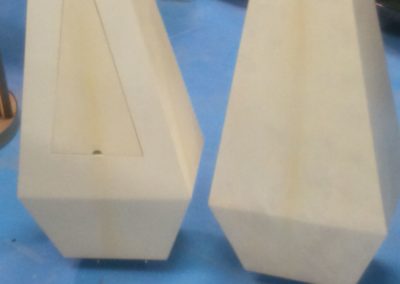 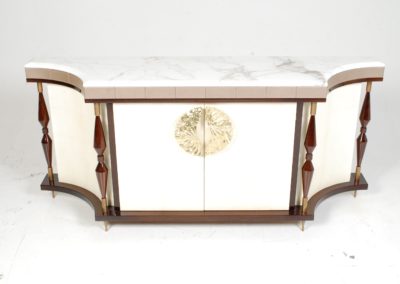 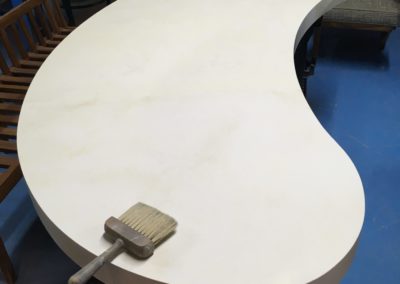 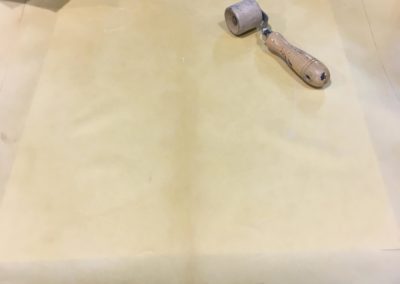 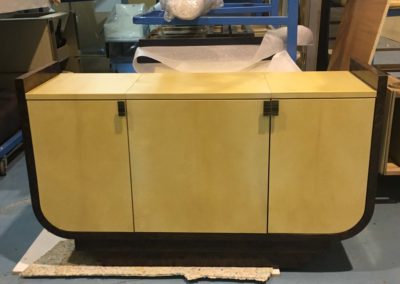 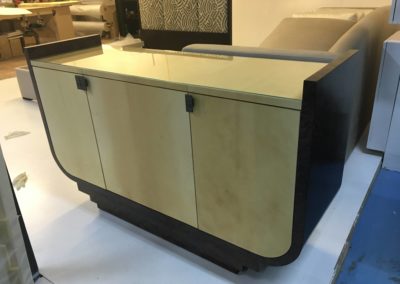 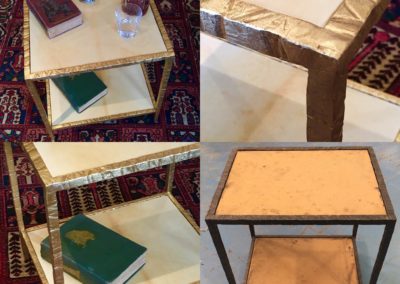